Take a step back in time by strolling through the historical streets of Yanaka. Check out the abundance of crafts stores from woodcarvings, jewelry, textiles, pottery, to traditional cuisines. 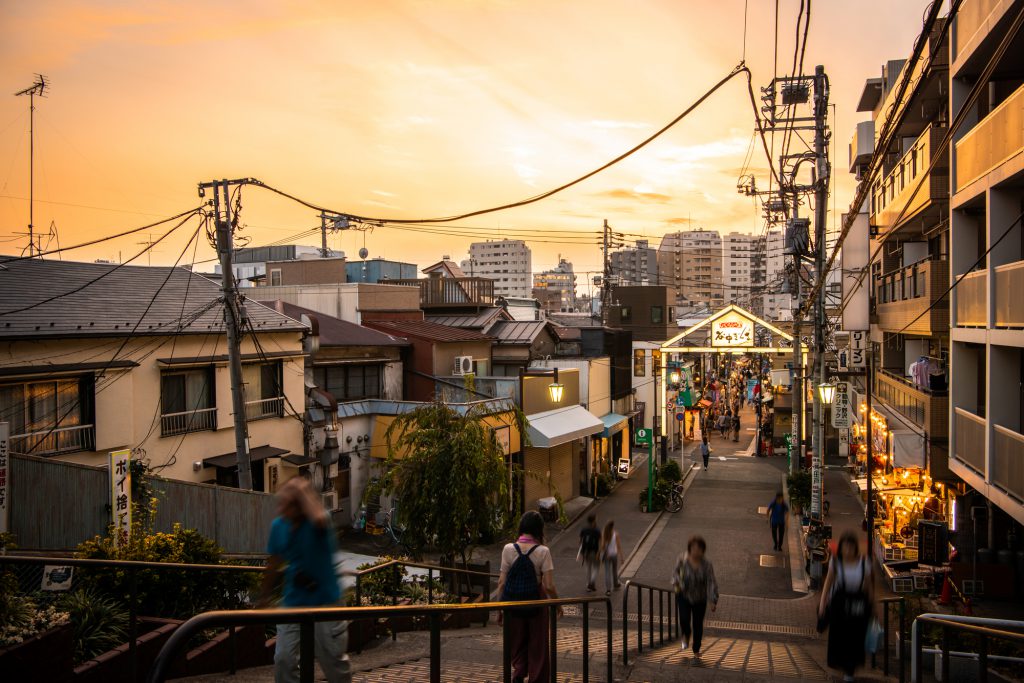 Home to temples, artisans, and winding lanes, Yanaka is a lesser-known district in Tokyo that’s a great place to explore. Yanaka was spared from the bombings during World War II and the great earthquake that took place in 1923, so it was able to preserve most of its structures. It is part of Tokyo’s so-called Yanesen area, along with Nezu and Sendagi.

As you stroll along its winding streets, you could feel an air of nostalgia and old-world charm. There’s an abundance of crafts being produced in Yanaka, from woodcarvings, jewelry, textiles, pottery, to traditional cuisines. Anyone who wants to see traditional Japan should visit Yanaka. It’s a great place to have a glimpse of Japan’s bygone era.

What To See and Do

There are lots of things that will keep you entertained as you stroll along the winding lanes of Yanaka. In fact, the area is home to lots of temples and religious sites, although they are not as crowded as the other temples in Tokyo. You may also come across the Yanaka cemetery, a major cemetery of Tokyo home to 7,000 graves that are surrounded by cherry trees. This place gets even more beautiful in spring, when the cherry blossom season comes.

You can also indulge in some retail therapy at the Yanaka Ginza Shopping Street, a narrow street lined by around 60 shops. Here you’ll find everything from souvenirs, arts and crafts, clothes, accessories, groceries, toys and so much more. Only foot traffic is allowed in this place so you can shop all you want without being bothered by any passing cars.

Yanaka is also home to a few restaurants and cafes, where you can grab a seat and relax after your stroll of the neighborhood. One cafe that stands out is the Hagi Cafe, housed in a two-story building that also doubles as an art gallery and studio.

It’s pretty easy to explore the streets of Yanaka. A short walk from the Sendagi Subway Station or Nippori Station will take you towards its shopping street, the Yanaka Ginza. You can also start your tour of Yanaka from the Yanaka Cemetery by taking the south exit of Nippori Station.

If you get lost, simply visit the Yanesen Tourist Information Center at the corner of Yomise-Dori Street. Even if you’re not lost, making a stop at the tourist center is highly recommended because they would sometimes offer exclusive tours and classes for foreign tourists. If you’re lucky, you could take part in a calligraphy, painting, or kabuki dressing class. Opposite Yomise-Dori Street is a shop selling manju, a Japanese bun filled with different fillings, such as green tea and black sugar. Go ahead and take a bite of one of these flavorful buns.

How to Reach the Yanaka District

It’s also possible to reach Yanaka from the Sendagi Subway Station. From here, Yanaka Ginza is only a 5-min walk away, while the Yanaka Cemetery is a 10-min walk. To get to this station, take the subway from the Chiyoda Subway Line.